Courtesy iStockphoto/Thinkstock
Asparagus, known as the “food of kings,” is one of the first crops to emerge from the spring garden.

Asparagus is indeed a delicacy, much loved by consumers. Known as “the food of kings,” asparagus was grown by Romans and shipped to nobility in distant lands. Louis XIV of France had asparagus grown in greenhouses. In Russia and Poland, thick green stalks of asparagus grow wild, and horses and cattle graze on them. Asparagus is a wonderful gift from nature, and an excellent addition to the diversified farm.

Growing Asparagus
Asparagus shoots are the first vegetable to pop out of the ground in spring, and for a month or two, the fields need to be harvested frequently to pick the newly emerging shoots as soon as they appear. The annual cultivation cycle includes a busy spring harvest, then a summer and fall foliage-growing period during which the plant shoots grow tall and bushy and store energy in the buried crowns. In the winter, some farmers clear the dead growth, while others let the brush provide winter-cold protection.

Growers must wait a year or two after planting for the asparagus to mature before they begin full-scale harvesting. Once established, an asparagus bed is often described as a “lifetime planting,” lasting 12 to 20-plus years. Asparagus farming requires a lot of room, and growers will need to plant large areas in order to produce a sizable crop. As with all crops, there are female and male plants. Female asparagus plants expend more of energy producing seed, so they produce 20- to 30-percent fewer spears than males, though their spears are larger.

Asparagus generally doesn’t do well in regions with long hot summers and mild winters. For centuries, farmers in all of Europe and the Mediterranean region have grown asparagus, while Michigan, New Jersey and the West Coast states have been the traditional American asparagus-growing regions. Now, new varieties and irrigation techniques are stretching the geographical borders—even Hawaiian farmers grow asparagus for the local market.

A well-tended planting yields a lot of asparagus, approximately 25 pounds per one 100-foot row. If you take your asparagus-growing larger scale, 1 acre can produce between 2 and 8 tons of salable asparagus per year. A best-case scenario includes two harvests per day yielding 1,000 pounds.

Planting New Beds
Asparagus are deep-rooted plants, so selecting a site with good drainage is crucial. A low to medium pH is preferable, and good sun exposure in early spring is a must. Asparagus also doesn’t tolerate salt well, which is something coastal and sodic-land farmers should keep in mind.

New asparagus plants start growing early in the season, so ideally, the beds for new plantings should be prepared the previous fall. Plant seedlings 1 foot apart, and space rows 2 to 4 feet apart. Many gardeners believe thicker spears are obtained by spacing the plantings further apart and that the colder your climate, the deeper you should plant.

New growers usually plant 1- or 2-year-old crowns into their fields. Obtaining new plants by planting seed is another popular method, but asparagus is not usually direct seeded, rather grown in nursery beds and moved into the fields the following year. Plants grown from seed are thought to be less likely to have disease problems. Rootstocks for new plantings can be expensive, and installing any sort of field irrigation is not cheap. Growers should expect to spend several thousand dollars per acre to establish new fields

Disease
The most notable problems with asparagus plants are rust and fusarium fungal diseases. There’s no thoroughly effective treatment for infected beds, so it’s no surprise that prevention is the best tool against these problems. Buying disease-free stock and planting in sunny, well-drained areas helps most farmers avoid fungus problems. The old-fashioned technique of salting beds was started to help control fusarium. Rust is best controlled by burning the fields in winter to reduce the overwintering capacity of the disease. Studies also indicate that introducing domesticated fungal mycorrhizae into field soils might help reduce crop plants’ susceptibility to fusarium by out-competing the disease-causing fungus varieties.

Pests
The black-and-white and green-spotted asparagus beetles are asparagus’ most common insect enemies, and most asparagus growers will see some level of these insects during the year. The beetles feed on young shoots in the spring, causing damaged and unsaleable spears, and in the summer, they feed on the foliage, which reduces the vigor of the plants and decreases next season’s crop yields. After the shoots have been harvested, it might not seem like much of a problem to have a few beetles chewing on the abundant leaves, but maintaining fern health is critical to the following years’ production. Like its cousins—daffodils and lilies—asparagus needs to have a long leafy period in the annual cycle to recharge itself and remain healthy.

The best organic way to control beetles is to remove or burn the dried fronds once they turn brown. This will at least eliminate the sites where the beetles overwinter. Historically, chickens, ducks and geese have been allowed to wander in asparagus fields during summer to eat insects and sprouting weeds.

Weeds
Weed control, especially of perennial weeds, is a major concern for asparagus farmers—new plantings should not be installed until the fields are completely weeded. Canada thistle and quackgrass are particularly dangerous perennial weeds that could require extensive cultivation, treatment and asparagus replanting to remove the problem. Annual weeds are abundant in most all asparagus beds, and they are mostly controlled through cultivation that kills the weeds after they sprout.

Mulching Asparagus Beds
Mulching asparagus plantings is a time-consuming and expensive task, but it can be the backbone of an organic cultivation system. Mulching beds during the summer growth period helps to conserve moisture, minimize weed growth and encourage healthy microorganism activity in the soil. Covering the beds with mulches during the winter months helps nourish the spring crop and promote earlier shoot emergence. The preferred material for mulching is a mixed base of assorted organic debris, such as leaf collections and residual crop wastes. Apply the organic mulches generously, up to 1 foot thick. Some growers use black plastic mulch with perforations that allow summer foliage to poke through.

Harvesting Asparagus
The dates for spring harvest vary from one location to another. From the mountains, to the coast, to the hot interiors, the advent of warmer temperatures fluctuates and so does the asparagus harvest. The harvest period for American farms usually lasts 60 to 90 days, somewhere between January and May.

Farmers need to pick all the spears that emerge during the harvest season, otherwise the developing leaf stalks retard the growth of other new shoots. Spring plants often grow so quickly that a spear that sprouts up one day becomes too tall the next. When an asparagus grower speaks of tilling the crop under, he’s not destroying the field but rather knocking the emerged sprouts off. The crowns under the ground are untouched and produce a new batch of shoots within a few days.

One experienced picker can usually harvest almost 1 acre per hour. While tractor-pulled seats for harvesters increase worker comfort, they don’t speed the work significantly. Small farmers can enlist the help of friends and family to make the harvesting process more enjoyable.

Asparagus spears, like fresh-cut flowers, are very perishable and their ends should be plunged in cold water immediately after harvest. Even after harvest, the shoots are still growing, so if you’re packaging in boxes, allow space at the top for the spears to elongate. One post-harvest problem is that asparagus stacked sideways can grow away from the pull of gravity and produce bent spears that are less desirable for market.

Marketing Asparagus
Planting new asparagus fields is expensive, and it can take experienced growers several years just to break even. Still, many mixed-crop farmers report that asparagus is their most profitable crop, so enterprising small growers can certainly find plenty of opportunity in the industry.

While in the U.S., we’re accustomed to green asparagus, white asparagus has been the preferred product of modern Europe and could attract attention to your stand at the farmers’ market. White asparagus is cultivated by heaping extra soil over the beds and then harvesting the shoots in early morning before the exposure to sunlight triggers the production of green chlorophyll. Systems that use black fabric covers have made obtaining white asparagus easier, as well. Purple asparagus varieties, from exotic French violets to the sturdy dark Italian types, are also an exciting farmers’ market find.

Wild asparagus varieties, often called sparrowgrass, get top dollar among gourmet chefs, according to the few farmers who have acquired seed and planted domestic fields of the wild types. Wild asparagus varieties produce stalks that are smaller in diameter and more twisted but have a robust flavor that has been popular on rural tables for centuries.

Small-scale farmers have long found profitability by using their asparagus crops to create a value-added product, such as asparagus soups, sauces and stews. Native Americans had a history of drying asparagus for later use, and in China, asparagus is commonly candied. An enterprising farmer could try employing these preservation methods, too.

For pricing, the old cooperative extension rule for new, small and fresh asparagus growers is to measure the local population within a 25-mile radius, and then figure that the market will support about an acre of asparagus for 10,000 people in the area. Find out who else is growing asparagus near you, and make your market calculations accordingly.

Use your garden-grown asparagus in these recipes:

About the Author: Rick Gush is an American small farmer living in Italy.

This article was excerpted from the February/March 2003 issue of Hobby Farms.


Watch the video: GinosGardens How to create your Asparagus Bed #15 (August 2022). 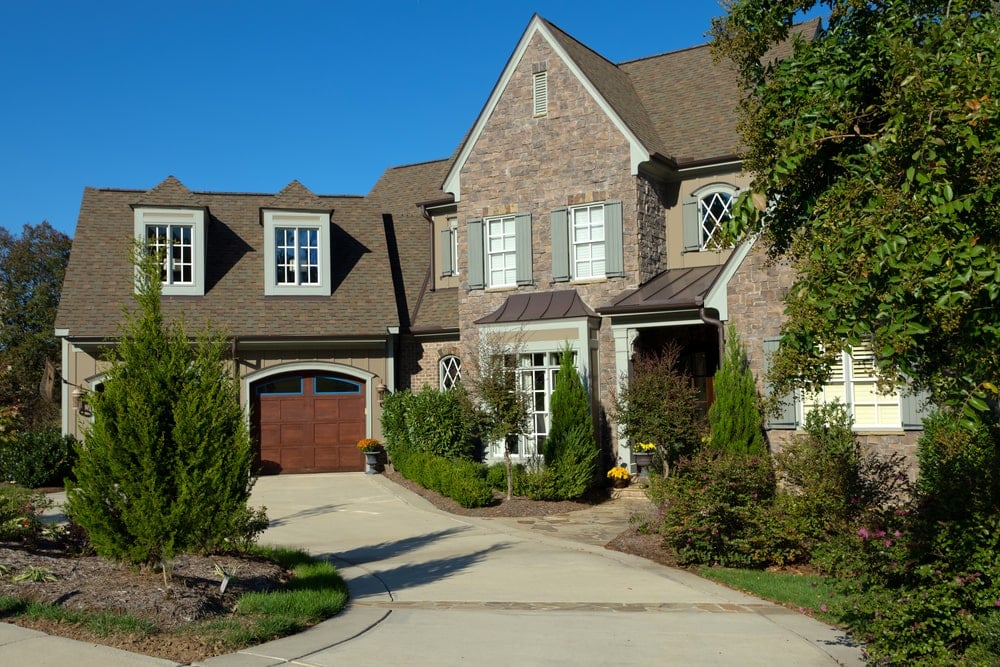 4 Apiary Chores To Perform In May

Chestnut, Ash, Hemlock: Can These Forest Icons Be Saved?